Ideas, like seeds, need some way to spread.  Our local community garden now has both a seed library and a book nook.

The garden has borne the brunt of several vandal attacks, including a stolen car driven into a tree, arson attack on the shed that stored the tools, and the fences constantly defaced.

Despite all that, the group who tend to the garden have, like the plants, been remarkably resilient.  The community resolve was so strong that a new modern structure has arisen in place of the old shed, supported by an eye in the sky that keeps close watch.  Built almost entirely by the community that has banded together, the garden is now flourishing with all kinds of herbs, flowers and fruit,  masking any signs of the damage that some unthinking humans caused.

At the beginning of the month, a seed library and a book nook were installed.  A small number of good seeds and books ‘seeded’ this idea.  Within a few days, both have gained traction: today I think there were 3x the number of seeds and 2X the number of books.

Calm(er) than the last few days.

Anne-Laure Le Cunff of Ness Labs shared a video in her newsletter on the difference between making notes vs taking notes. What’s most important, as she rightly points out, is better recall, done by taking the time and making the effort to create your own notes.
It’s based on “The Generation Effect“: the brain is able to associate and recall ideas better when it has generated them itself, rather than simply read.  She suggests a simple 3 step process:

An idea from Vitalik Buterin’s 2013 blog on bootstrapping a DAO has been on my mind lately, after my colleague reminded me about it again this week:

can we approach the problem from the other direction: even if we still need human beings to perform certain specialized tasks, can we remove the management from the equation instead?

If the 12 Beyond Budgeting principles expounded by Bjarte Bogsnes are considered too radical a transformation to go mainstream (yet), even when they’ve proven their effectiveness in several traditional organisation, can a technology centred approach work?

And in conversation with my teenage daughter, I realised that it doesn’t matter with the next generation as digital natives.  I have to explore this subject a lot more. #TODO

…that don’t exist. Jeremy Nixon has compiled a Twitter thread of these imaginative ideas

Few understand how feeble new ideas look when they first appear. So if you want to have new ideas yourself, one of the most valuable things you can do is to learn what they look like when they’re born. Read about how new ideas happened, and try to get yourself into the heads of people at the time. How did things look to them, when the new idea was only half-finished, and even the person who had it was only half-convinced it was right?

But you don’t have to stop at history. You can observe big new ideas being born all around you right now. Just look for a reasonable domain expert proposing something that sounds wrong.

Like most people, I have a thousand ideas a day. I’ve been trying to write down 10 11 a day, and by all accounts, they are lousy.  Crumpling the paper they’re written on & throwing it in the bin is a fine emotion (lol) – and a vote of confidence in my own ability that I can come up with 10 or 11 more tomorrow.
Quote found in Austin Kleon’s wonderful book “Steal like an artist“. 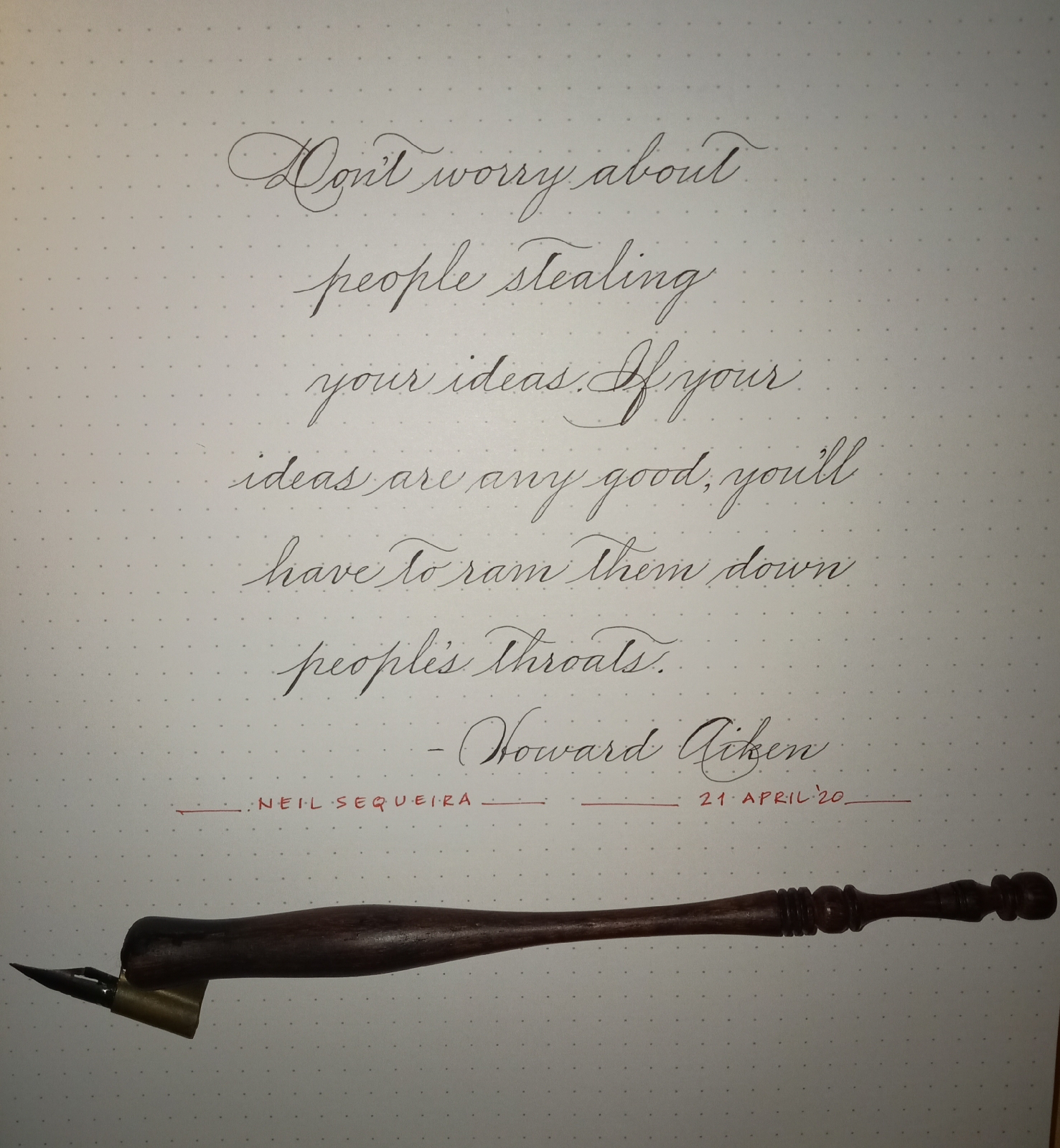 Bob Fulghum shares how he gets his inspiration.

Eighty per cent of the human brain is water – most cells are mostly water.
So it’s not true that your ideas don’t hold water.
It’s more accurate to say that water holds your ideas.

Last week, I linked to an article by Mr. Money Moustache (MMM) attempting to list 50 jobs that do not require an expensive college degree, yet helped so many people pull in more than $50k per year.  Here’s the continuation of that list – you may be surprised

Atul Gawande finds out , in the New Yorker, using the different trajectories of anaesthesia & anti-septics, both of which were discovered in the nineteenth century:

In the era of the iPhone, Facebook, and Twitter, we’ve become enamored of ideas that spread as effortlessly as ether. We want frictionless, “turnkey” solutions to the major difficulties of the world—hunger, disease, poverty. We prefer instructional videos to teachers, drones to troops, incentives to institutions. People and institutions can feel messy and anachronistic. They introduce, as the engineers put it, uncontrolled variability.

Take the time to read through this thoughtful essay, with real-world examples that will make you pause & ponder.

Scott Adams has some ideas for you, if you are contemplating building a new house.  Be prepared to be rocked.