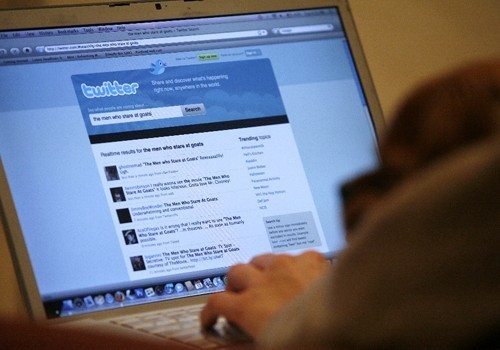 Via Scoop.it – Read this stuff?
There are a thousand thoughts lying within a man that he does not know till he takes up a pen to write. -William Makepeace Thackeray, novelist (1811-1863) 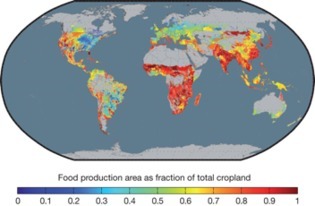 A new study says feeding all 7 billion of us is possible with the resources at hand — we’ll just have to rethink how and where we’re farming.
Show original

Greg Palast: When Goldman got huffy at a credit union honouring OWS and pulled its anniversary dinner funding, much more was at stake…
Show original

My partner Brad and I spent Thursday in DC along with a bunch of entrepreneurs and VCs. We talked to dozens of our elected officials about an issue that is very concerning to us, protecting the safe harbors of the…
Show original

To my father, Spam was canned ham. To my daughter, it’s naughty, annoying email. Here are 21 more expressions which mean something totally different to him than to her.
Show original

Saints and religious gurus have been saying this since ages, now a new study has reinforced their idea that spirituality improves health outcomes for both men and women facing chronic illnesses.
Show original

I was raised in a Catholic family, with my parents striving hard to instill in me the tenets & values of good Christian behavior. That meant, among other things, obedience to authority, discipline, hard work, attending Mass every morning, special duties of altar boy, being around priests, nuns & other clergy.

No, I’ve never been abused or molested by them. In fact, all of my interactions have been, if I can use the term, very pleasing. Some of my best years growing up involved some amount of interaction with the Church or church surroundings.  The foundations upon which my life has been built has been solid, from a Christian perspective.

In the last decade or two, I have felt a gnawing feeling of unease.  Sort of a doubting Thomas.  In fact, it seems to me that a lot of my belief systems are coming apart.

Obedience to authority? What happens when the authority turns corrupt? Morally as well as in every other sense of the word?

Hard work? Longer hours at doing something that doesn’t really seem to be of any purpose.

Discipline This is a hard one. For some reason, as far as I can remember, the idea associated with discipline is suffering. Maybe because I was caned far too many times by those in authority – of course I deserved it, or at least that’s how I have been led into thinking.

While still at school, I chanced upon a book by Erik von Daniken called Chariots of the Gods?  Of course, I have no idea of whether what he said was true or false. The same could also be said of the religious “truths” I was raised on. After von Daniken, I read several other works, rubbished by mainstream media as ‘pseudo-science’, while also attempting to understand my embedded Christian faith.  I read Pluto, St. Augustine, Emerson, Thoreau, Mother Theresa, Gandhi, Franklin, & hundreds of others, trying to find what these great minds thought of.  Honestly, I found the reading difficult, sometimes downright confusing. The Bible as well as all the works I read are contradictory – to themselves & to each other.

Religion has divorced itself from Reality. The idea that Organised Religion, an Institution, is the only path to whatever it is that lies in store for us in Heaven, seems incoherent. Does that mean that people who do not believe in this One Faith, yet are living a life of Unity with Nature, condemned to an Eternal Hell where the furnace is always on, the thermostat is turned right up, being barbecuing till Kingdom come (whenever that is?)

Not being an authority on either the Bible or on any of these works (nor do I intend to be), I have come to the conclusion that I must go with what the Still Voice inside me says.

I have reconciled to the (fact?) that the idea of a Superior Being could be true, or it could be false. The Still Voice inside me – when I do let it speak – says that I ought to Think for myself & at the same time allow & enjoy the Experience to happen.

I have two kids of my own. My parents are great loving folks, they’ve always done the ‘right’ things. They’re are reading Biblical stories to my kids, telling them of the Father in the Heavens, the One who loves us but gets Really Angry when they are bad or they don’t listen to what they’re told. Something about that idea feels wrong to me.

I watch the scene unfold.  History repeating itself? 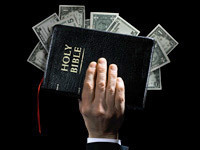