Loved the comment on this article:   “Let us compare the behavior of practitioners of the two religious practices (if yoga can be classified as religion – it is not) in question here. Catholic Church has practiced genocide against Jews, African and American Natives, suppression of women. It has blessed the conquest of all other cultures and wiped most of them out. It has suppressed science albeit unsuccessfully in the last 3-4 centuries. It has promoted blind faith. There are other items that should not be mentioned in mixed company.    What has yoga done? Breathing exercises! Focusing and controlling the mind. Listening to internal sounds. All this, it is claimed, lead to internal mental peace. There is not a whit of any of the other actions that the Church can be justly convicted for.   If it is Satan’s job to create mayhem on this planet, guess which of these doctrines most resemble him?”
Via www.newser.com

Time to review what you would like in exchange for your private information that you don’t know is being used/ abused/ stolen.

This is a stark reminder of the state of affairs of the richest country in the world.

For over two months, I have been agonizing.

Should I do it? or should I not?
Is the right thing to do?
Am I going to regret it?
How am I going to cope with my decision?

Question flying around in my head like.. dandelion dust…

The issue demanding attention is “do I keep or delete my Facebook account?”
Ridiculously, facebook shows up in this page as a spell error. It has to be a capital F. The idea has turned into a verb. Like google. Oops, sorry, Google. I’m going to stick with facebook. Just because.

I signed up for facebook much the same reason I made my first girlfriend – peer pressure. Everyone I knew had one. It was the cool, in-thing to do.

Sure, being on facebook has had its ups. I’ve re-established contact with the folks I went to school with over 20 years ago. Some I don’t even remember. I’ve read some very interesting things that I probably wouldn’t have otherwise even known existed. I’ve reached out to, & been very lucky in connecting with some amazing people I had never met in person. Some interesting job offers came my way (maybe life would have been different if I’d taken them?). There has been a lot of laughter from funny videos, jokes, puns, wisecracks, wit, humor & one-liners.

I tried my bit to get on people’s nerves too. Some were thankful for my daily one-liner posts of inspiration that I attempted to share. I felt compelled to let my world of “friends” know what it was that I was reading, & all those things that were wrong with the world. Sometimes I shared some snippets of my life as it was shaping out. The announcements of the birth of our children. The first fish I caught. Stuff like that. These last few weeks, I have been publishing my list of online reads to my www.scoop.it/unreal-stuff page, & sending a link to facebook. Makes it seem like I’m very active on facebook.

But nearly five years later, it feels like I’m in a wrong relationship. It demands more time than I can afford. Most times, it throws stuff at me that I have absolutely no interest in knowing. There are status updates that turn my stomach. Photographs of dead people with their guts lying around them. Farms, animals, plants & shops that demand I join their company & start help improve their economy.

As Denis the Menace once said, as you learn to tell the time, you have less & less of it. facebook (& a couple of other online reading habits) have been insidiously eating into time that once was devoted to things that are extremely important to me – my gorgeous family, stuff that I want to read, the time to sit down & transfer thoughts on to paper, or simply the care-free-ness (is that a word??) to get out to the beach & walk on the sand, listening to the waves & the birds & the dogs & the sounds & the patterns in the sky as the sun went down.

I have no regrets having spent the time getting to know what a lot of you thought about. I am the richer for it.

It is the phase now for me to part ways with facebook. Pull the plug. Cut the cord. Terminate. Conclude. End.

For those of my facebook friends who still want to keep in touch, email me on sequeiraneil07 at gmail dot com. I will reply as soon as I can (If I still remember you 😉 – just kidding ).

If you don’t really care to email, but just want to keep up with my meanderings, I will post here as often as I like.

For stuff I’m currently reading, this is the place to check out (at least until that site stays up).

& just to close the loop (I’m learning a little bit of programming, & keeping a loop open is bad manners), for those who don’t care, it was great trying to keep up with you. I’ve failed to at times, but you didn’t really know that, did you? 😉

In Latin America, leaders seem to be reaching a new consensus about the drug war: it has failed, and it’s time for a new solution.
Via www.globalpost.com

Via Scoop.it – Read this stuff?
“ROOTED in freedom, bonded in the fellowship of danger, sharing everywhere a common human blood, we declare again that all men are brothers, and that mutual tolerance is the price of liberty.” -Will Durrant 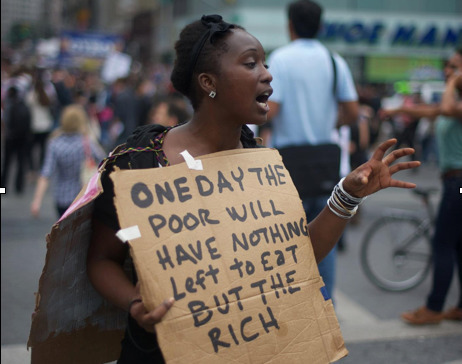 The full story, in charts….
Via www.businessinsider.com 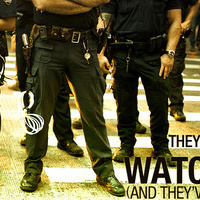 Via Scoop.it – Read this stuff?
Is money supposed to work for people? or is it the other way round?